Where we get fit and spin (wool)

Who Knew Hair Could Be So Controversial? 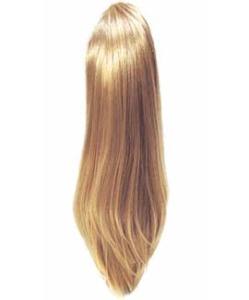 This is hair, not a scalp or an atrocity

I went online to one of my favorite spinning sites, Ravelry, to find out if anyone has spun human hair, how they did it, how successful it was, etc. Little did I know, I was stepping on a landmine.  I found two forums that had that as a topic. One was locked, due to the sensitive nature of the topic! Ok, how could spinning hair be so sensitive? For some reason this topic on both threads devolve into the holocaust and scalping. We are talking about spinning cut hair that people give you because they want you to spin it. Someone gave me the ponytail that she had cut off when she was a child, to see if I could make anything from it.

That in itself might be interesting or humorous, to see how certain topics trigger thoughts and emotions in other people that never occur to you. What struck me though, was the misinformation that accompanied the opinions. According to some of the writers, white people invented scalping. I was tempted to do some research and write a bit of a rebuttal, but I read on and saw some people had already done so.

This brings me to reading articles on Yahoo. Most articles have room for comments down below. Every time I read the comments, I’m struck by how little they have to do with the topic of the article, how emotionally charged they are, and how little thought goes into them. I was reading an article on the causes of the downfall of Detroit, and suggested possible solutions. The comments were some of the most racist, hateful things I have encountered on the web in a long time. Most of the time, I am mercifully protected from the filth that can spew from the human soul.  The forums and blogs I read are moderated, so someone else is filtering the ick. The Ravelry thread, while emotional and ignorant, was not hateful, if there were comments like that they were expunged.

The lack of facts behind opinions is discouraging.  I’m thinking that maybe that is why I am not delving into political topics. When you stick to topics where the facts are graspable, there is less room for opinionated blathering. Once you get into “the big issues”, all @#$#@ breaks loose, all heat and no light. Can anyone truly discuss the “facts” of the health care bill, when the bill is over 1000 pages, and most of it based on supposition?

I’m not going to spin the hair by the way. The few threads that stayed on topic were very negative on the worth of that, it makes a coarse, scratchy yarn, not really suitable for anything. As bad as the worst guard hairs.  Please comment, but be polite, and check your facts.